Raptor Watch is a festival to celebrate the return of the migratory birds of prey or better known as raptors on their journey back to their breeding grounds in the northern hemisphere. RW is a public event meant to raise awareness on the conservation of raptors and their habitats

2) When is Raptor Watch held?

Raptor Watch is held annually on the first weekend of March. For the year 2018 the event will be held on 10 -11 March (Saturday-Sunday).

However, the spring raptor migration actually begins in mid February and lasts till mid April. For those who are not able to come to the RW, you can still go anytime within this period to see the birds. Over the years of monitoring, MNS has discovered that the peak period to watch the most number of birds is the first weekend of March.

Despite the scientific data behind it, raptor migration cannot be guaranteed. Nature is unpredictable. A change in wind direction, haze, and rain may deter the birds from flying across leading to a `no bird day’.

b) Best time to watch raptors

Best time to watch the raptors will be between 11 a.m. and 3 p.m. In the past there have been records of birds flying as late as 6 p.m. The reason why raptors choose to fly during the hottest period of the day is because they need thermals. Thermals are hot air columns produced by the land due to the heat from the sun. As raptors are very large creatures they require these thermals to help them glide on the sky without using energy to flap their wings. Thermals will assist the raptors in getting them back to their breeding grounds in far northern temperate Asia with minimal usage of energy. 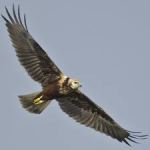 3) Why do we have Raptor Watch?

a) An opportunity for all

RW is an opportunity for the general public to witness one of nature’s most exquisite offerings. Raptors migrate southward to escape the bitter cold of the northern winters and make the same venturous journey back during spring to their breeding grounds in temperate Asia.

b) For Tanjung Tuan

One of the main objectives of RW is to ensure the continued conservation of Tanjung Tuan Forest Reserve by promoting this iconic celebration as a national eco-tourism event.

Tanjung Tuan has been listed as an important raptor site by BirdLife International, National Geographic Society and Hawkmountain.

The need to conserve Tanjung Tuan was mainly for the migratory raptors. Tanjung Tuan is an important stop over site for migratory raptors after crossing the Straits of Malacca. It provides food for the raptors as well as a resting spot. For raptors arriving late in the evening, it provides shelter for the night before they take off for flight the next day. Without Tanjung Tuan, many raptors may never make it back, due to exhaustion and lack of food.

4) Where will Raptor Watch be held?

b) About the location

Tanjung Tuan is a headland, which also happens to be the closest landmass to Indonesia Island Sumatra. Raptors have been using this promontory for thousands of years to crossover the Straits of Malacca.  Tanjung Tuan is the only remaining patch of coastal forest on the west coast of Peninsular Malaysia and has been gazetted as a Forest Reserve, Wildlife Reserve, Fishing Prohibited area and an historical site.

Tanjung Tuan is well known for its virgin old growth forest where very large tropical lowland forest trees can be found. Its waters are rich with coral life and sea grass, which attracts a myriad of fish and turtles. Its secluded beaches are ideal as turtle egg laying grounds.

5) Who is behind Raptor Watch? 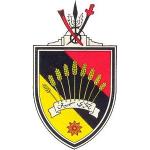 Raptor Watch is organized by the Malaysian Nature Society in partnership with the Malacca and Negeri Sembilan State Governments along with the invaluable support of Tourism Malaysia.